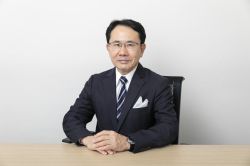 To our valued investors,

On behalf of the Canadian Solar Infrastructure Fund, Inc. (hereinafter referred to as “CSIF”), I would like to express sincere appreciation to all unitholders for their continued patronage and support.

Thanks to your support, and that of our business partners, CSIF was listed on the Infrastructure Investment Fund Securities Market of the Tokyo Stock Exchange on October 30, 2017.

Renewable energy power generation facilities, etc. as targets for CSIF’s investment provide clean energy that contributes to reducing CO2 emissions as measures for global warming. Another feature of the facilities, etc. is that stable management of the assets is possible, as they are less likely to be influenced directly by economic trends.

In addition, under the Sixth Energy Basic Plan, the target renewable energy ratio in the 2030 energy portfolio was revised upward significantly, to 36% to 38%. Among the renewable energy sources, solar power is expected to play the leading role, with the target ratio being approximately 15%.

CSIF’s primary objective is to continuously realize sustainable growth of its unitholders’ value as well as increase its assets under management by making maximum use of the vertical integration model as a feature of the Canadian Solar Group(1), with a focus on the wealth of the Group’s development pipelines, for its asset acquisitions.

We respectfully ask for your continued support and encouragement in the years to come.